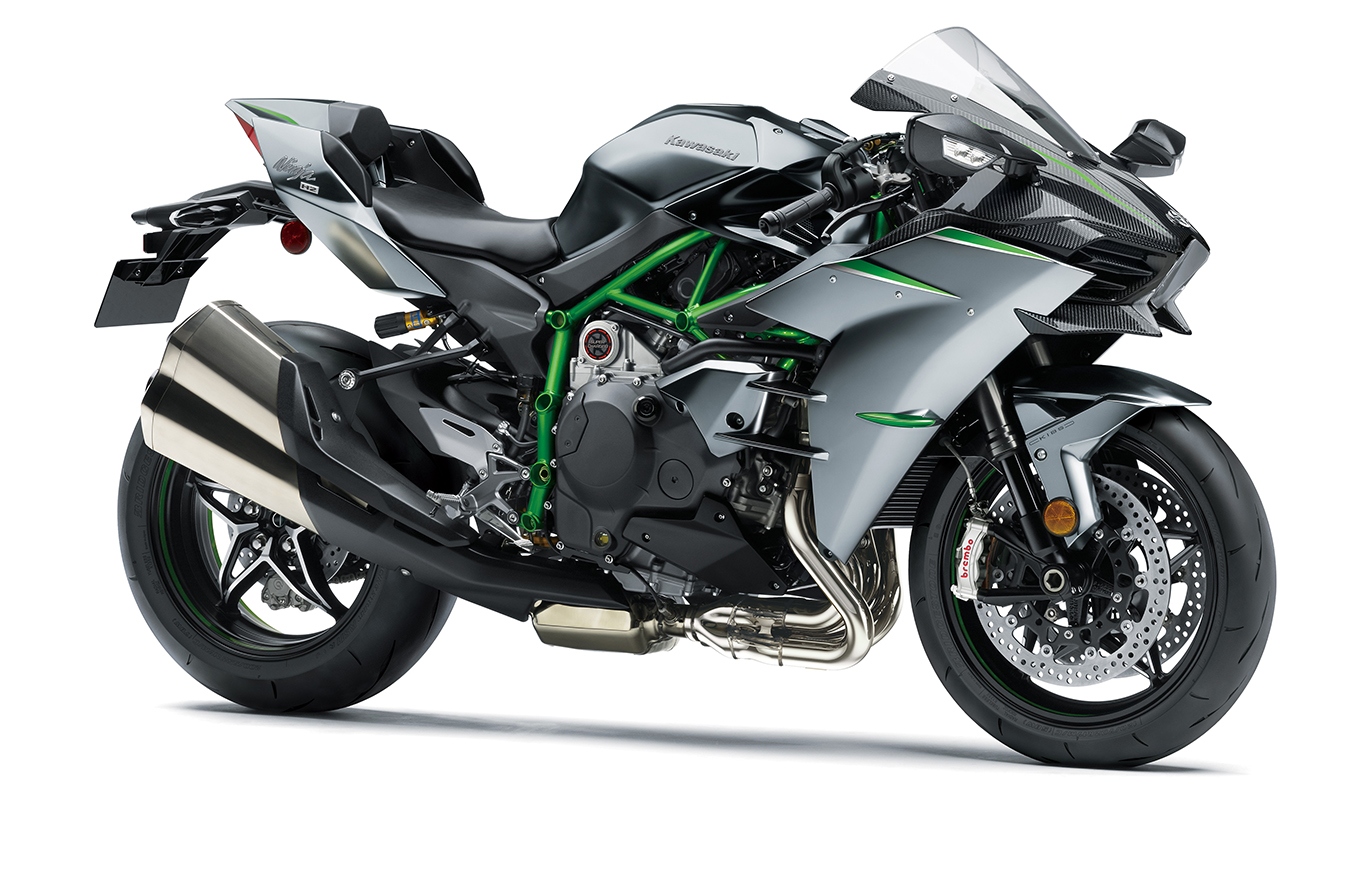 An extension of the "Built Beyond Belief" concept of the original Ninja H2, the new Ninja H2 Carbon benefits from engine updates that increase maximum power to 231 PS**. **making these supercharged supersport machines Kawasaki's most powerful street models ever.

This engine is rated in PS power units. Gross power is different from net power. Net power is generally less than gross, but varies with engine specifications. Gross power is a general measure to compare one engine to another, as to its overall capacity. Your specific engine net power rating will be different and most likely less than the rated power. As of August 2018 (per Kawasaki market research).